October 28, 2021:U.S. in Talks to Pay Hundreds of Millions to Families Separated at Border – WSJ “Government is considering payments of $450,000 per person affected by Trump administration’s zero-tolerance policy in 2018”. Does the U.S. confess to their crimes of separation of foreign families by remuneration? Is this part of their pattern and practice of redirecting and diverting from their Crimes against Humanity in their own country where they engage in “Enforced Disappearance” and give themselves immunity (Title IV-D)?

https://www.washingtonpost.com/s/opinions/2021/10/18/paris-hilton-child-care-facilities-abuse-reform/
Perhaps if Congress had acted on the GAO report more than a decade ago, Cornelius and dozens of other children would still be alive today. Congress and President Biden need to enact a basic federal “bill of rights” for youths in congregate care. Ensuring that children, including at-risk children, are safe from institutional abuse, neglect and coercion isn’t a Republican or Democratic issue — it’s a basic human rights issue that requires immediate action. Those in power have an obligation to protect the powerless. Paris Hilton: I couldn’t sleep for 20 years from memories of youth care abuse Paris Hilton is lending her celebrity to call for reform on a tragic issue: abuse of children in treatment facilities. (politico.com)

Dr. Craig Childress: Attachment-Based “Parental Alienation” https://drcraigchildressblog.com/   Dr. Childress Comment 2021: Proposed APA (American Psychological Association) Guidelines for Custody Evaluations: “In 2018 a Petition to the APA signed by 20,000 parents was hand-submitted to the APA offices in Washington, DC asking for a redress of grievances regarding rampant and unchecked ethical violations in the practice of child custody evaluations and forensic psychology.  The APA has made no response to parents regarding their grievances.  The APA has shown complete and full contempt for the plight of parents in the family court system and the rampant unethical practices in forensic psychology surrounding child custody evaluations.  These concerns continue.  Comment on 1: Ethical Code Violations: Principle D Justice. The excessive cost of child custody evaluations ($20,000 – $40,000) prevents access to qualified psychological input in court cases to only the most affluent of clients, denying equal access to professional services as guaranteed by Principle D Justice of the APA ethics code.”

2/2/2021: On immigration, Biden signed executive order ordering a review of Trump’s deterrent policies along the border and created a task force to reunite families, calling their separation under the Trump administration a “moral and national shame.”  5/3/2021:  ACLU https://t.co/yhWbSSp9iA Every separated family must be reunited with resources and care to address the harms they’ve endured. They also deserve citizenship and a commitment that such an atrocity will never happen again. We are pleased the Biden administration has now taken its first steps to address the harm caused by the Trump administration’s barbaric family separation practice and thrilled for the four families who will be reunited this week,” said Lee Gelernt, lead counsel in an ongoing class-action lawsuit that the American Civil Liberties Union brought against the policy in 2018.   5/6/2021: https://www.nbcnews.com/politics/immigration/biden-administration-may-bring-whole-families-u-s-reunite-separated-n1266561 Biden admin may bring whole families to U.S. to reunite with separated children, not just parents. Task force is working on a process where “immediate family members,” like siblings and stepparents, “can also apply.” 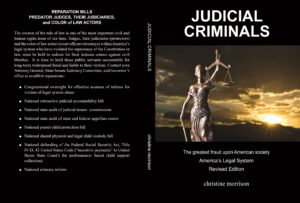